This station is an experiment in world hit radio. When you’re dealing with “The Hits” you have a fairly rigid palette, but within that, an entire world of past and present hits offers a huge range of musical colors. Mixing them together is the domain of formatics, the core of radio programming.

There are so many ways to mix such a large palette that there’s no ‘right way’ to do it, so while we mix it up looking for a format that works consistently, discussion is welcome.

This is the place for it. 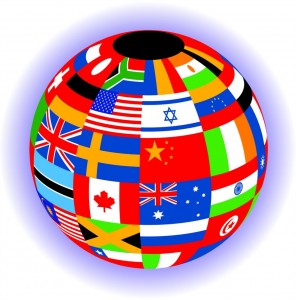 The main problem with trying to cover the hits of the entire world is time.  There’s so much music, and only so much time in a day.  And not only is there so much new music, there’s a whole world of classic hits, too.

There are a near-infinite number of ways to stack the same music, but what works best? What’s the right mix of regions, of new to old, and current to recurrent to classic? The best way to know is to try them out for a while, and as we roll through variants of the format, the sound is going to dance around the center on a regular basis. At its core, this is currently a world hits radio experiment.  But we’re happy for you to listen in.

In fact, join in.  The RadioLab is for discussions of the format of the station. For reference, the current variation will be listed in the Station Status to the left. 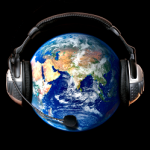 Stepping from behind the curtain for a moment, let me introduce myself. I’m Jeremy (WorldRadioMan online). I’ve been following the hits of the world ever since I could, and I’ve always believed it would be possible to do a cohesive radio show showcasing the hit music of the world.

On my fourth try the internet had matured enough for it to work.  For the past seven years I’ve been hammering the concept into shape on a weekly radio show, Whirled Hits, on Ozcat Radio in Vallejo (San Francisco Bay Area).

Whirled Hits, the streaming radio station, stems from my continued belief in the concept, and it’s gratifying to see the station slowly picking up an audience scattered around the world. In the past week we’ve had listeners tuned in for over an hour from Japan, Switzerland, Mexico City, Finland, Kansas, Cozumel, Seattle, Bulgaria, Chicago, Taiwan, Brazil and Germany. Oh, and here. It’s good to see it’s not just me.

While laying in the music and tinkering with the dynamics of the cloud automation, I’ve had to lay aside many aspects of the live radio show, but that’s temporary.  The music is why I’m doing this, so it’s the first priority.

The thing that makes real-time music charting possible is instant communication, and the internet has given that to the people of the world for the first time in our history. We use that access to follow a lot of resources. Here’s a linked list of the principle charts we use. If you find something great, let us know.

(We’ve left out the various blogs and YouTube channels, download charts and the like—except as reflected in the major charts.  Suggestions are always welcome.)